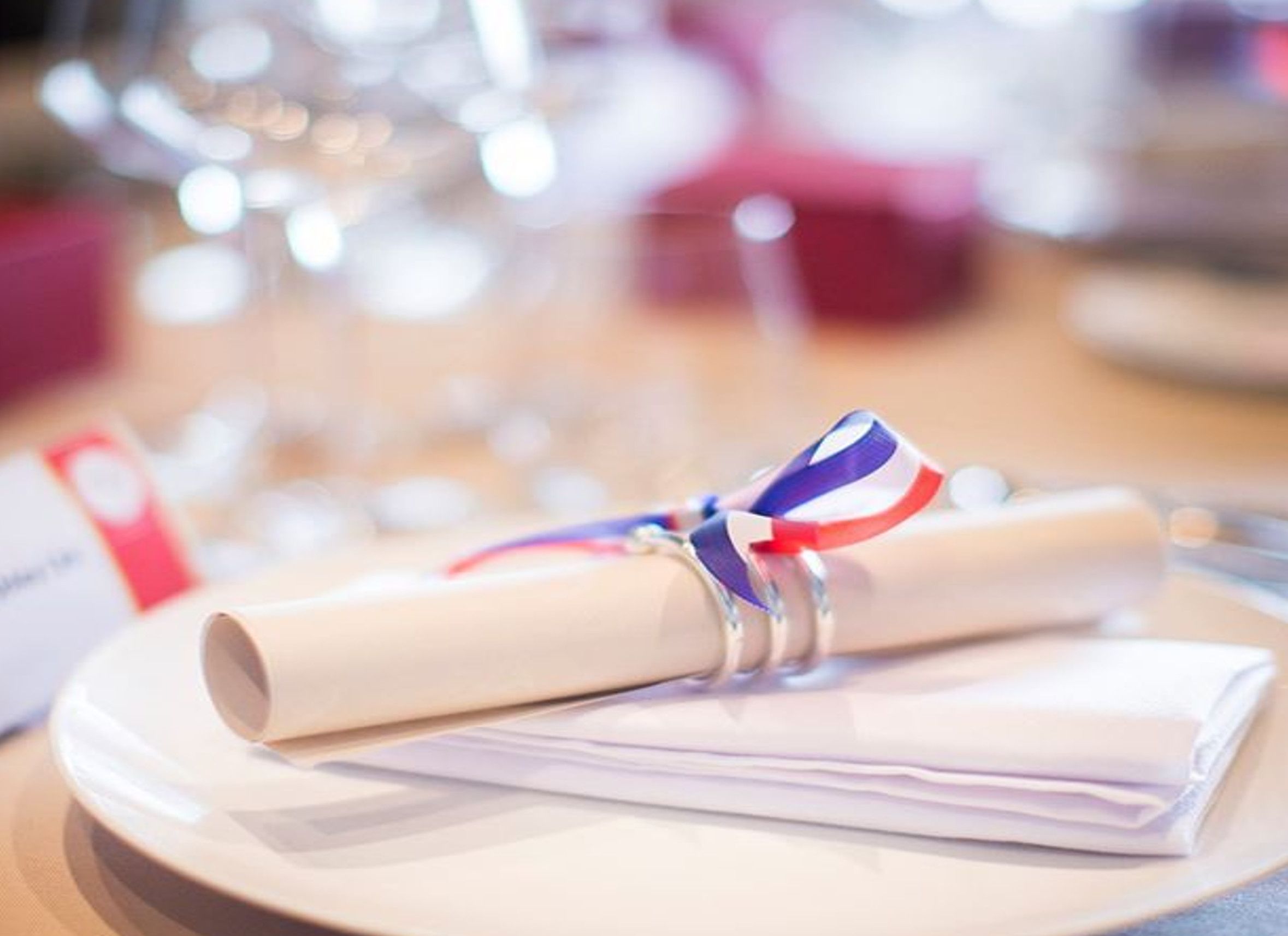 A few months after founding the Epicure Notebooks, Auguste Escoffier created the League of Gourmets with friends.

The idea came to them during one of their conversations about food and cooking on February 25, 1912.

With Escoffier, things never dragged on! From March 3, the League takes shape: creation of a Committee made up of twelve members, head office in London, subsidiaries in France and Belgium, statutes drawn up; immediate information to readers of Epicure's Notebooks and encouragement to mobilize to create local committees.

Its objective is to "demonstrate the excellence of French cuisine all over the world".

The creation of the League of Gourmands will allow Escoffier to realize one of his old dreams: a planetary dinner called Epicure’s Diner and at the same time to demonstrate that French cuisine is far from being in decline like some sorrowful spirits were arguing then.

From March 3, 1912, when the League was created, the affair took a few weeks to go in complete secrecy.

The prices of the Dinners are fixed: 5 to 7 F for France, 7 shillings 6 pence for Great Britain.

Part of the profits will necessarily be donated to the French Cuisiniers retirement home.

During each Epicurean Dinner, a guest should praise French cuisine and wines in verse or prose. But "long speeches which risk disturbing the digestion of the guests will be absolutely prohibited."

The last toast will be done in honor of French cuisine and in the presence of the chef who will have performed the Dinner.

The menu drawn up and signed by Escoffier (with new recipes) must be luxuriously edited, so as to become a work of art.

The chefs of the restaurants affiliated with the League will receive this menu and the recipes only ten days before, in a sealed envelope. They must keep it a secret. If they betray him, they will be kicked out of the League.

The English and French newspapers informed of the project are faced with a refusal of more information, which only increases the suspense and the reservations in the restaurants.

The Carlton considered too select and Escoffier not wanting to mix genres, the Cecil Hotel in London was chosen for the first Epicure’s Dinner.

It takes place on May 25, 1911, bringing together 300 people at the Cecil Hotel and more than 4 000 in the 37 restaurants scattered around the world but linked by telephone and telegraph that evening. 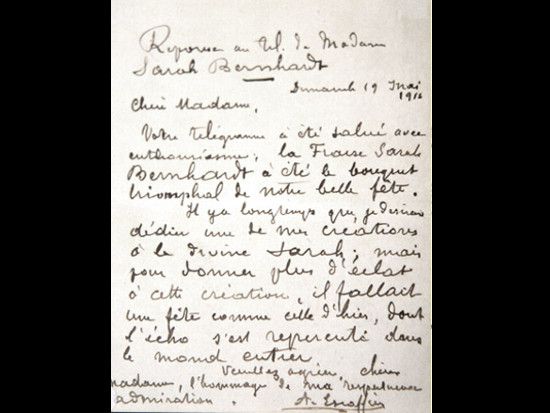 The first telegram comes from Sarah Bernhardt, his faithful friend.

“I am here among you; I take part in this pretty French festival; my two hands stretch out towards our great poet Richepin, towards my dear friend Escoffier, towards you, Gringoire who sing so beautifully about fruits and flowers, towards you all, finally, friends of poetry and delicate gourmets of realities. "

Then comes that of Jean Richepin:

”Long live the diners and dodineurs whom I wholeheartedly join in celebrating the true great art that our cuisine was and must remain, this unique rose watered by the wines of France. “

All the international press echoed this "world event".

It was on this occasion that Escoffier created, among others, the Fraises Sarah Bernhardt.

Menu of the first Epicure's Dinner

The second Epicurean Dinner was held on July 27, 1912 in more than 50 restaurants around the world, including the Grand Hotel in Yokohama, bringing together 5,400 people. Escoffier creates the ”Timbale Jean Richepin” for this occasion.

Every two months, these dinners followed one another, bringing together more and more guests.

There will be more than 140 restaurateurs around the world (London, Paris, New York, Pittsburgh, Bombay, Lahore etc.) when the last Epicure’s Dinner takes place on June 14, 1914.

The First World War brought them to an abrupt halt, as well as the Epicurean Notebooks.

To celebrate the 150th anniversary of the birth of Auguste Escoffier, the eponymous Foundation resuscitated, with the Disciples of Escoffier, the Epicure’s Dinners.

A menu was chosen from those of past dinners

This menu was lighter compared to that served at the turn of the century. This was not a betrayal of his memory, but respect for what Escoffier had written in 1912, in the preface to the Book of Menus:

“A gradual change will inevitably be necessary in the human diet (…). This leads us to consider the reduction in the volume of meals as one of the inevitable necessities of the future and constitutes one more argument (…) in favor rather short menus. ”

On October 28, 1996, this Epicure's Dinner was served in over 150 cities around the world, from South Africa to Canada to Japan. Always in the Escoffier tradition, a very beautiful menu was printed, numbered and offered to each guest.

One of the most sumptuous of these Dinners took place at the Ritz, Place Vendôme, in Paris.

For the celebration of the 160th anniversary of his birth, the Disciples Escoffier reiterated, on October 28, 2006, the same homage and with the same success.

This menu was served everywhere

Each year, the Disciples of each Region of France and each Country of the world organize an Epicure's Dinner.

““Every newspaper in the world covered our first Epicure's Dinner. It was, well beyond our expectations, the greatest event in honor of French cuisine that has ever occurred ””