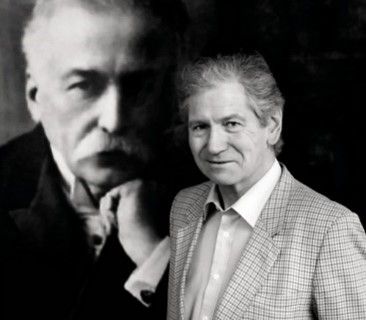 "Good food is the foundation of genuine happiness"

During my numerous trips abroad, especially in the 80s, so half a century after his death, I realized that my great grandfather had left a footprint that has become global and a considerable heritage.

He is still an essential reference for the profession, to which he has given back its letters of nobility and all its prestige, helping to ensure that the profession is considered as an art and that Chefs are respected.

He introduced standards of behavior and organization in cooking, still in force today, and bequeathed to subsequent generations several writings, including the Culinary Guide - from which the recipes for the MOF competition are taken - and the Book of Menus.

We must read and re-read his prophetic introductions in these 2 books, which demonstrate how modern and visionary he was.

Very attached to the transmission of knowledge and training, he was proud to have trained more than 2000 Chefs who in turn went around the world to promote the excellence of French cuisine and its products. What his Disciples, spread over 5 continents, have been doing for decades with happiness, who perpetuate his work by transmitting his principles and values.

The most striking aspect of his personality is his humanism. Although he rubbed shoulders with the rich and powerful, he still worried about poverty and hunger in the world and worried about the fate of the most underprivileged.

And in this area also his Disciples perpetuate his heritage, in concert with the Auguste Escoffier Foundation. Let us not forget that his birthplace in Villeneuve-Loubet, which houses the Museum of Culinary Art, is also the House of Disciples Escoffier.

In 1928, at the dinner during which Auguste was raised to the rank of Officer of the Legion of Honor by Édouard Herriot, then Minister of Culture and Public Instruction, he ended his speech by saying that what he appreciates above all, beyond all his qualities, is that he is a man of heart.

Perhaps this is the main reason why so many of us in the world today honor his memory with pride.