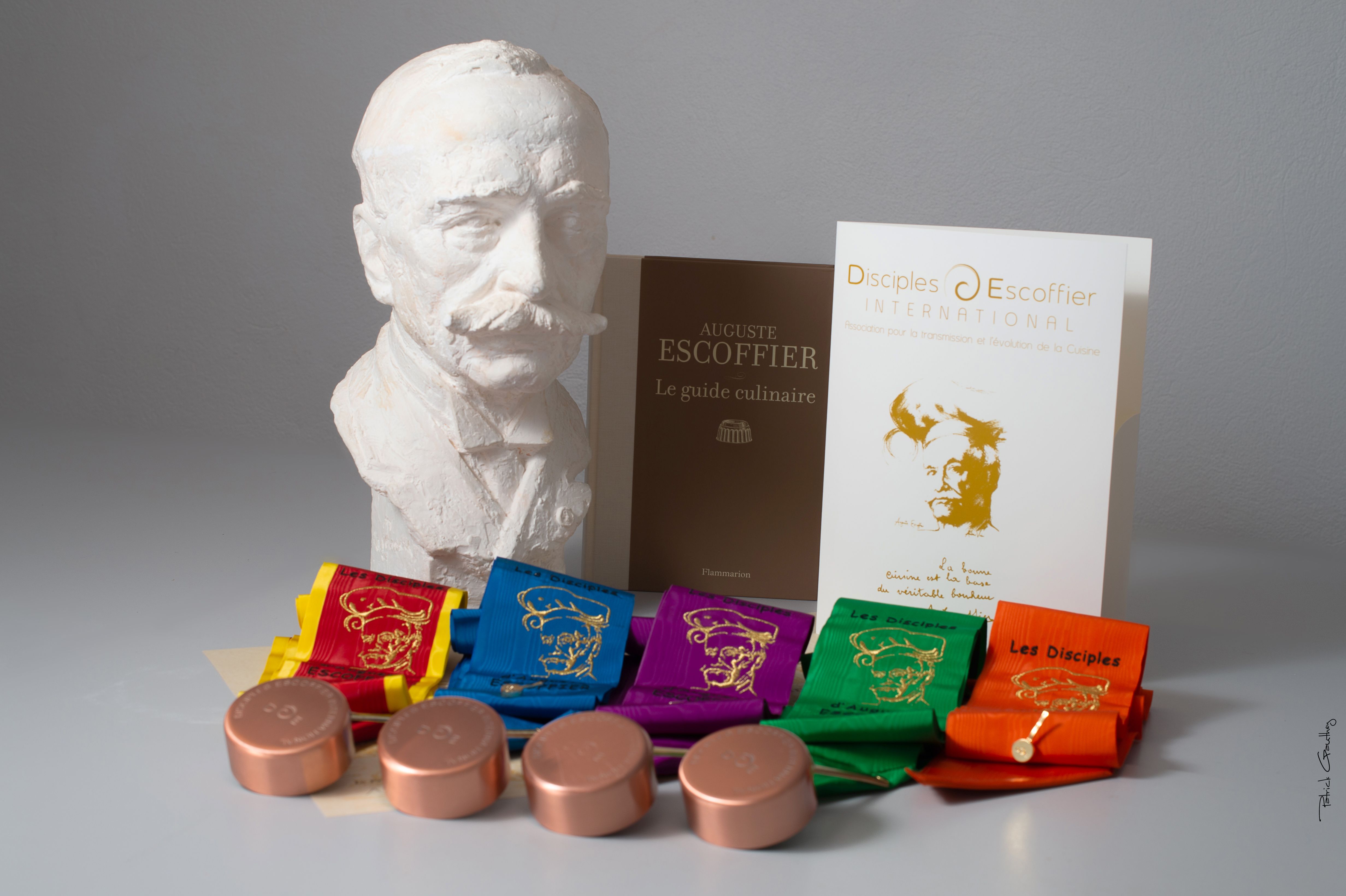 The Escoffier Spirit :
Aims and values

The aims of the Disciples Escoffier

Auguste Escoffier was the first cook to become a Knight and then an Officer of the Legion of Honor. "Cook of Kings, King of Cooks", he was a forerunner in many areas related to Gastronomy and we can draw inspiration from his heritage to continue to shine the latter in the world.

This is what the members of our International Association have been doing since 1954.

Valorization of the French terroir, sharing and education with young people, Epicure’s dinners, charitable actions, the actions of our 46 delegations continue to bring Auguste Escoffier to life.

These actions are the very essence of our associations:

o This by leading a special fight with young people, so that they want to be a cook. To do this, the Disciples approach schools by establishing contacts between professionals and students. They also participate in numerous examination juries.

o They also do this with parents during orientation by explaining the nobility of the profession of cook and the considerable professional opportunities that it offers within our companies.

Auguste Escoffier was an exceptional Chef but he was interested in all aspects of gastronomy and he acted all his professional life in the fields of service, sommellerie, public relations, marketing and sales, food security and human resources.

Like Auguste Escoffier, The Disciples Escoffier association is interested in the various trades of the profession and it is the only gastronomic association which brings together chefs, professionals of the room, sommeliers, producers, wine-growers and gastronomes.

She fervently values ​​"the Escoffier Spirit".

There is no difference in status among the Disciples, their induction is the same.

Escoffier members are driven to share and transmit their knowledge

The Disciples support a charitable cause.

When a new Disciple is inducted, he then undertakes to respect the Escoffier Spirit by taking this oath:

"I vow to pass, serve and honor the cuisine, its culture and its continuing evolution"