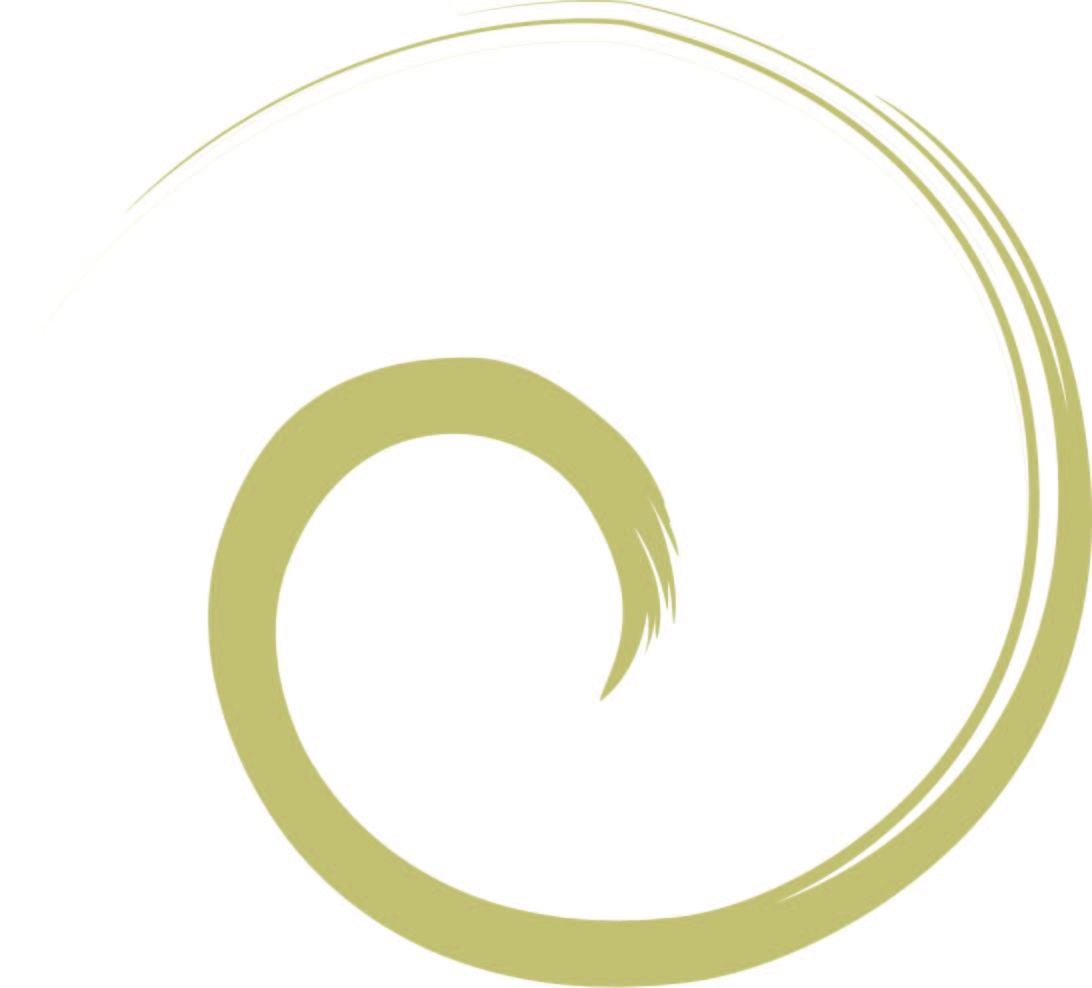 Alone we go faster, Together we go further

The Disciples Escoffier are more than ever committed to solidarity!

In these festive periods, despite a very difficult context around the world, many Disciples Escoffier continue to mobilize to help the most vulnerable, faithful to the Escoffier Spirit.

In New Caledonia, in the Hauts de France or in China, the chefs wanted to warm hearts with their delicious meals. At the hospital for the youngest or our elders or with the Restaurants du Cœur for the most disadvantaged. 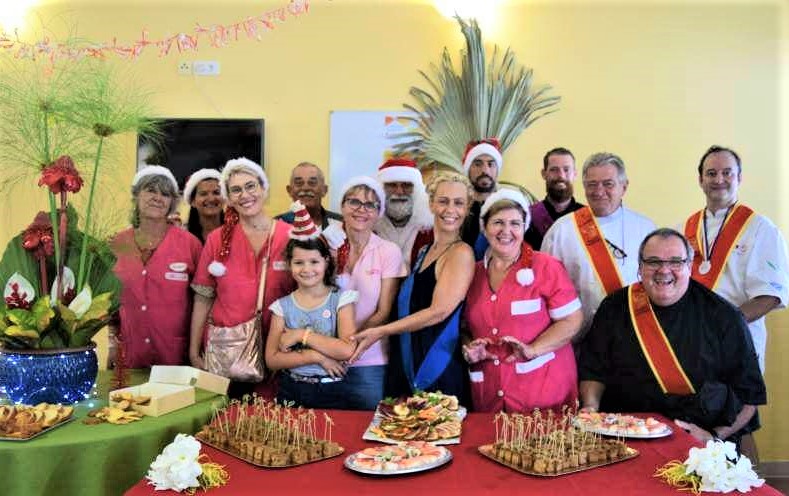 Foie gras, seafood, fine chocolates, the menu offered on Christmas Day to about forty residents of the Gerontological Rehabilitation Unit of the CHS was exceptional thanks to the leaders of the Disciples of Escoffier who prepared it.

Chefs who give of their time and expertise every year for Christmas: «Last year, we took care of the children of the Medipole. This year we wanted a little change and to speak to the elderly, explains Olivier Harr, president of the New Caledonia delegation. Especially since we realized that there are a lot of seniors who are alone.”

It is thanks to a partnership with the Mamans Roses, who intervene every fifteen days in the institution, that the project was able to see the light of day. “The chefs are usually with their families on the 25th, so they’ve made sure they’re prepared for these residents, who are pretty isolated and not all getting visits,” says Stella Capillon, a Mamans Roses volunteer.

On December 22, the Hauts de France delegation made a donation of 200 diners for the Restos du Cœur in Lille, a humanist action in the true essence of the Escoffier Spirit from the team of the delegation.

The Hauts de France especially thank Maxime Wyndels who organized this event with James Truillot, Régine and Alain Godefroy, as well as the president of the delegation Philippe Lor. 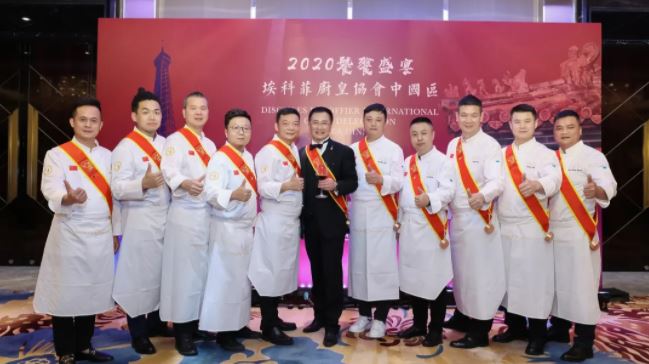 DEI China Changsha Sub-delegation showed their love to the children of the Ronald McDonald House in Hunan who are seeking medical treatment in places far from home. Although the activity is simple, it is of great significance.

They hoped that through this activity, more and more people will realize that caring for the family of a sick child was as important as caring for the child.

The Ronald McDonald House offers a quiet respite for all families in the hospital.  It will serve as a 'home away from home' for families of sick children, which is the same as August Escoffier's spirit —Generosity and Unity: The Disciples support a charity cause.

A Galettes du Cœur operation which is gaining in importance in France and abroad. From January 2 to 16, more than 600 galettes (King's Cakes) were sold in 4 regions.

Even if the Parisian delegation had to give up the event this year, this solidarity operation was emulated in Normandy, in the Alps, in Lyon, and Reunion Island. Mid January,  Mauritius and Hong Kong will work in turn for this great initiative.

The profits are reserved for charities or the most vulnerable restaurateurs. 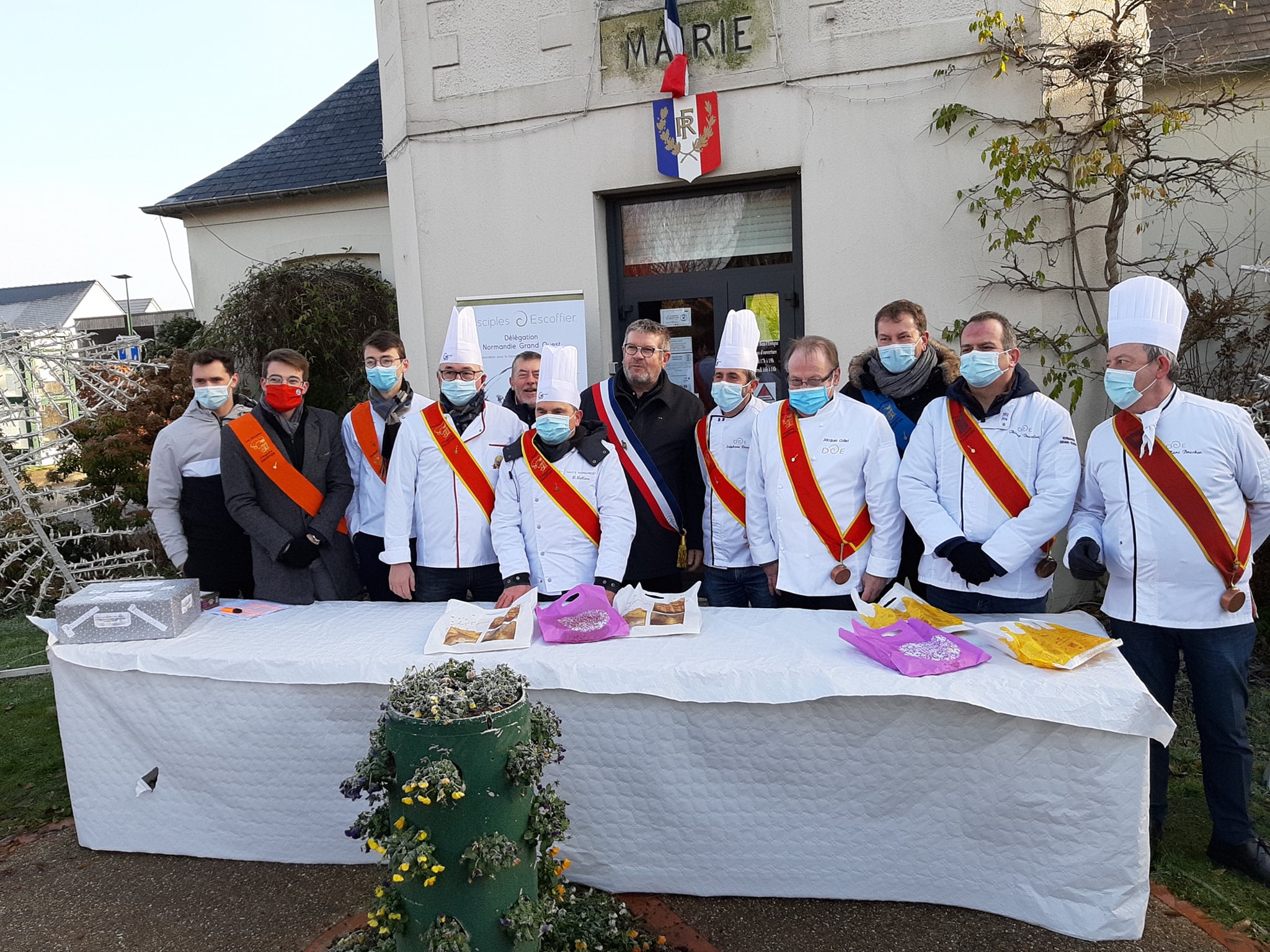 From January 4 to 10, 2021, Operation Galettes du Cœur took place in Deauville, Lisieux, Dives sur Mer, Touques, Bois l'évêque and Pont L'Evêque. This week of sales happened thanks to the support and help of the Lycée Georges Baptiste de Canteleu, its principal Frédéric de Bellis, Franck and Muriel Dugast of the Restaurant auberge de la Tour in Canapville and the local caisse of Crédit Agricole Normandie represented by our friend and disciple Eric Chevallier, for the benefit of our struggling restaurateurs. During this week of solidarity, none less than 220 galettes have been made for this event.

The Normandy Grand Ouest delegation would like to thank all the actors of this action as well as the people who came for this good cause. 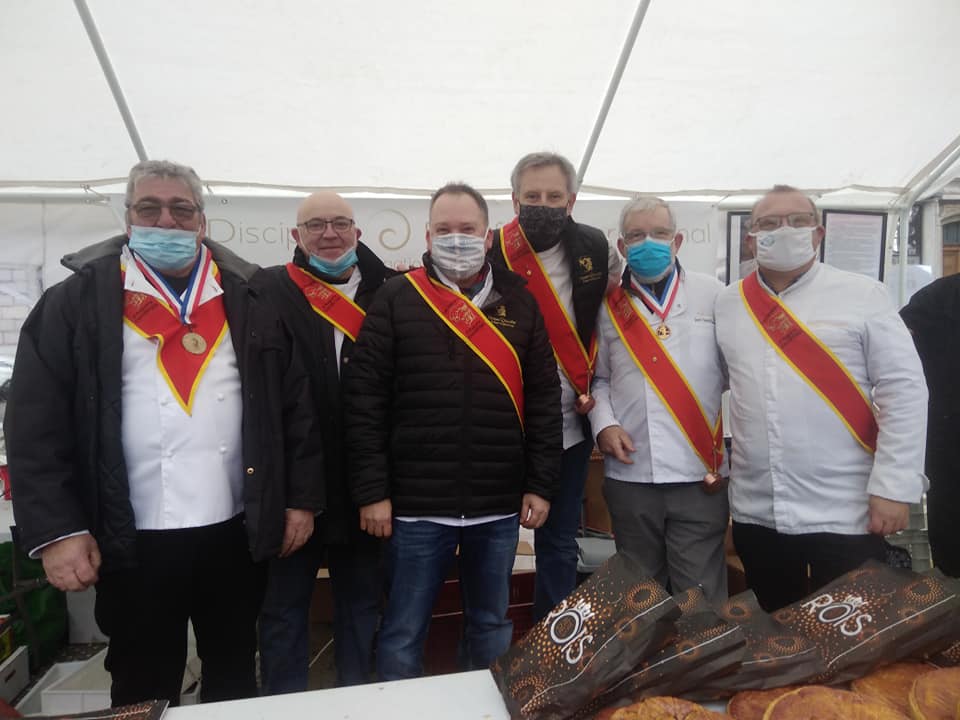 On Sunday, January 3, 2021, on the esplanade of the Augagneur market in Lyon, the delegation sold more than 160 galettes. The profits from the sale of these galettes will be used to purchase cooking equipment and food for the house of homeless women Alynéa.

The day after, some Disciples went with the Association Donne la main don de soi to give some warm meals, clothes and other gifts to homeless people.

The disciples of the delegation and their president, Bernard Corbignot, would like to thank Pierre Oliver, Mayor of the 2nd district of Lyon for making this event possible. 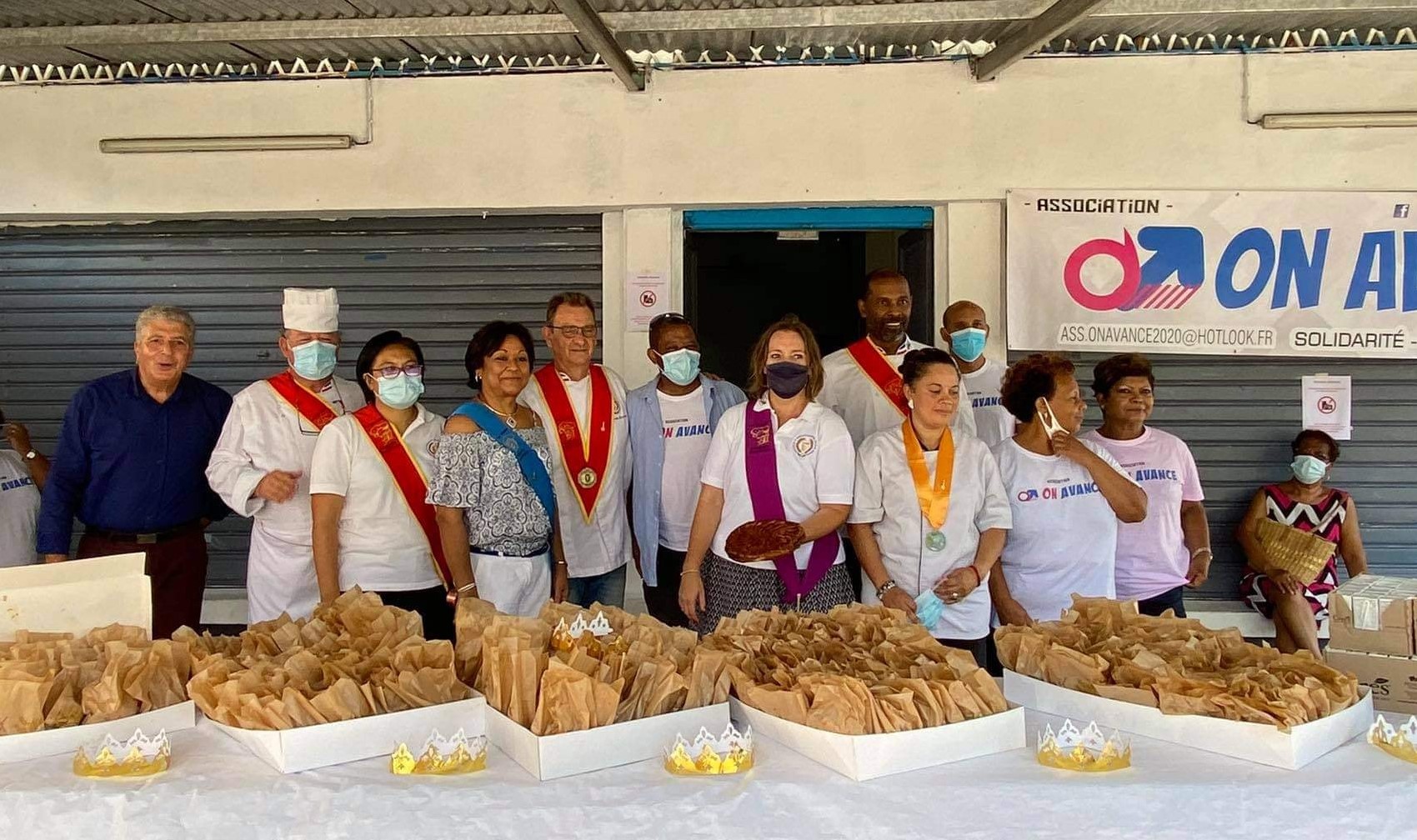 Yves Bouvier and the Disciples Escoffier of the Indian Ocean delegation, in partnership with the ON AVANCE association, have participated in the Galettes du Coeur operation by distributing galette slices in Bras-Panon for the benefit of those who are in need. 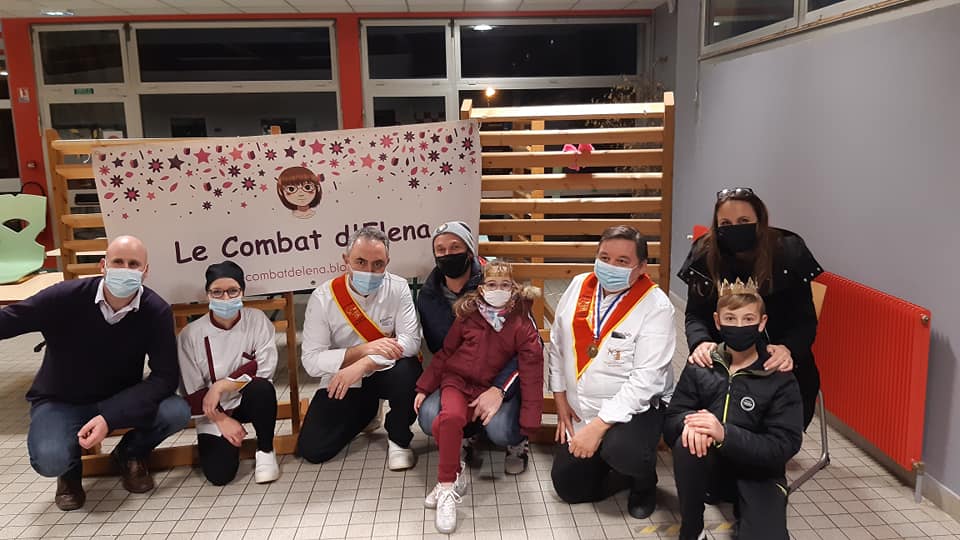 On January 8, 2021, the Grandes Alpes delegation, as every year during this period, helped an association for the Galettes du Cœur event. Thanks to the help of many partners and the interns of the AFPA school in Poisy, under the leadership of the chef members of the Disciples Escoffier, they were able to sell the “Galettes des Rois”. All the profits were donated to the association “Le Combat d'Elena”, “Elena’s battle”. The Disciples Escoffier of the Grandes Alpes delegation, the AFPA as well as “Elena’s battle” also offered galettes to our everyday heroes: at the Annecy Genevois Hospital Center and the firefighters of Haute Savoie.

The same operation was conducted in Corenc where the Disciples Escoffier Grandes Alpes have prepared artisanal galettes put on sale from Thursday January 7 until Saturday 9th at the «Chalet Festif» throughout the day.

The profits from the sales were donated to the benefit of restaurants and merchants in difficulty since the COVID crisis.

The good vibes of solidarity between professionals Disciples Escoffier

A great initiative from east to west towards professionals hard hit by this unprecedented crisis. Gift vouchers put into play by delegations on the airwaves of Radio France Bleue in Alsace and Mayenne and which are to be used in the Disciples Escoffier establishments. 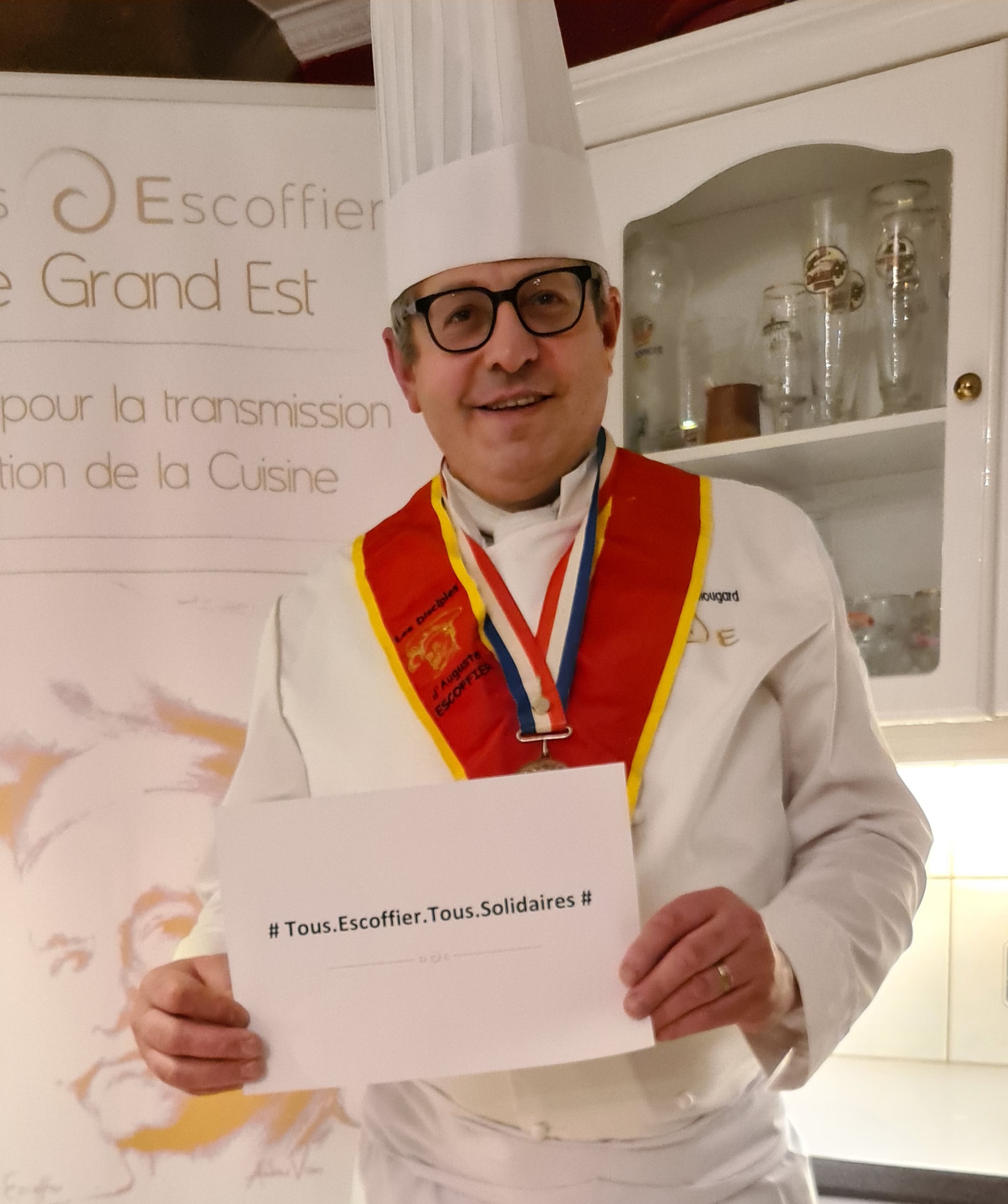 The Escoffier spirit, in addition to respect for the culture and the constant evolution of cuisine, very topical in this period, is also the research and the realization of charitable actions and support to the disciples.

Thus, following this unprecedented health crisis that affects restaurateurs during these periods of confinement preventing them in the opening of their establishments, the president Jean-Michel Mougard and the general secretary Patrick Daguet of the delegation Alsace Grand Est, wanted to help them by offering on France Bleue Alsace Radio 50 vouchers of 50 € to use in restaurants whose chefs are disciples Escoffier. The delegation hopes by its action that the customers, as soon as the restaurants reopen, resume their desire to go to their establishments and taste the pleasures of a good meal while providing support to the restaurant professionals. All restaurateurs are reinventing themselves to survive.

Always in the charitable Escoffier Spirit, let’s not forget the realization of the starred soups for the third consecutive year, put into shape by the president of the Alsace Grand Est delegation whose godfather was our friend Emile Jung.

A big wave of solidarity thanks to France Bleu is also happening in Mayenne where President Christian Louvigné and the Disciples of the region launched between July and December an operation to help more than twenty professionals of the delegation.

Every week, a chef or professional Disciples comes on the air every day to present his company or his services and put into play a voucher of 50€. The weekly draw allows a lucky person to go and enjoy themselves in the partner’s institution.

The principle, almost identical to that of our Alsatian friends, was a great success and will be therefore renewed in the first half of 2021. To be followed every morning on France Bleue Mayenne Radio.

To seduce the amateurs, make sure this year you don’t miss the Galette Excellence of our partner, Coup de Pates ® Aryzta France.

The galettes are back!!! As every year, about 32 million galettes are consumed in France, a phenomenon but especially a real pleasure for the young and old! Who will be the king?

Mystery… On the other hand, the traditional recipe of the galette with frangipane was undeniably the queen of the party.

The recipe is signed by Fabrice PROCHASSON, MOF 1996 and Director of Creativity and Innovation. "The most important thing in each recipe are the products and without good products, there is no good galette! It must have the good taste of almonds and pastry with the taste of butter and that’s exactly what you will find in our Galette Excellence" says the chef. 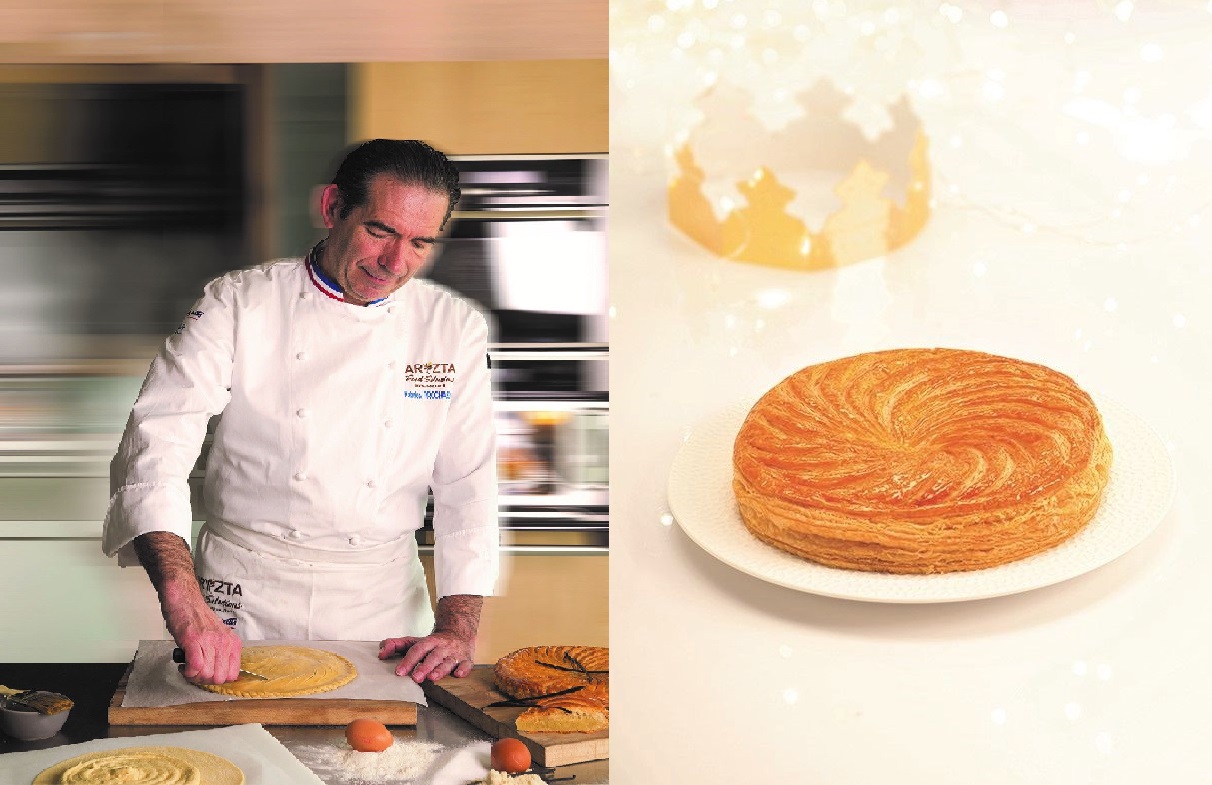 This crispy galette, combines AOP Charentes-Poitou butter puff pastry and real frangipane. Amber notes of rum as well as gourmet notes of vanilla sublimate and perfectly perfume this creamy almond paste. A smooth and rich texture in a crispy and slightly caramelized puff pastry, the ideal dessert to celebrate the Epiphany.

For more information or to discover new products from our partner, please visit: www.coupdepates.fr

Chapter and Gala dinner of the delegation Australia at the French Ambassy in Australia.